Read about the 2019 action plans that are
addressing challenges in local communities.

More than 600 women from
22 countries have participated.

TechWomen empowers, connects and supports the next generation of women leaders in science, technology, engineering and mathematics (STEM) from Africa, Central and South Asia, and the Middle East by providing them the access and opportunity needed to advance their careers, pursue their dreams, and inspire women and girls in their communities. 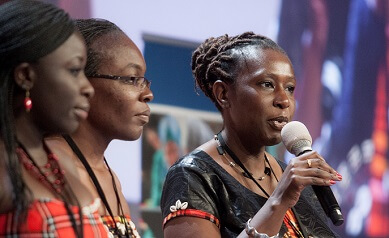 During the 2019 program, TechWomen had over 300 mentors guiding, supporting and learning from …  END_OF_DOCUMENT_TOKEN_TO_BE_REPLACED

The TechWomen program is food for your soul…

Reaching beyond the role…

Can we talk about gender-based violence?…