A few months ago a group of TechWomen Alumnae came together with an idea: use a deck of cards to share some of the stories of the women who have participated in this incredible program. I have been inspired by women in this program from the beginning and was happy to donate my design and logistical skills to the cause. Here is what we came up with: 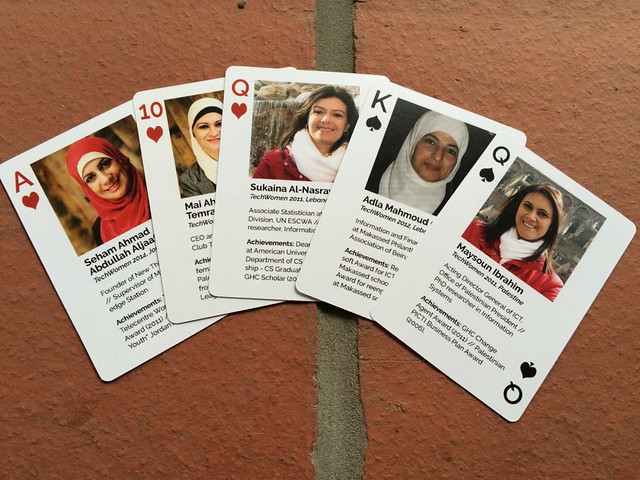 Each alumna in the deck has given her permission to be included and we have received consistently positive feedback about the project from the women in it: 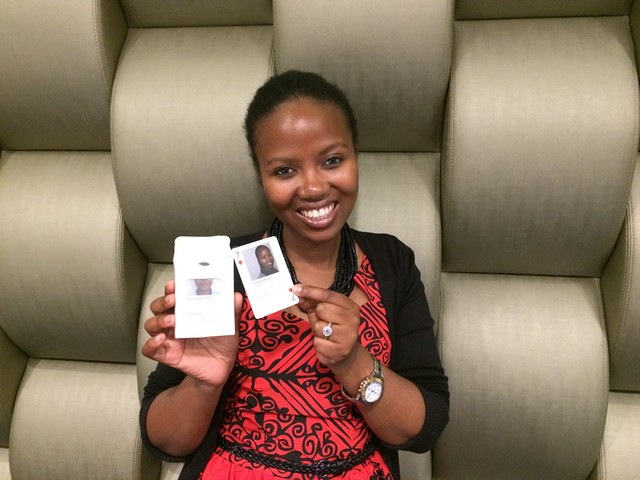 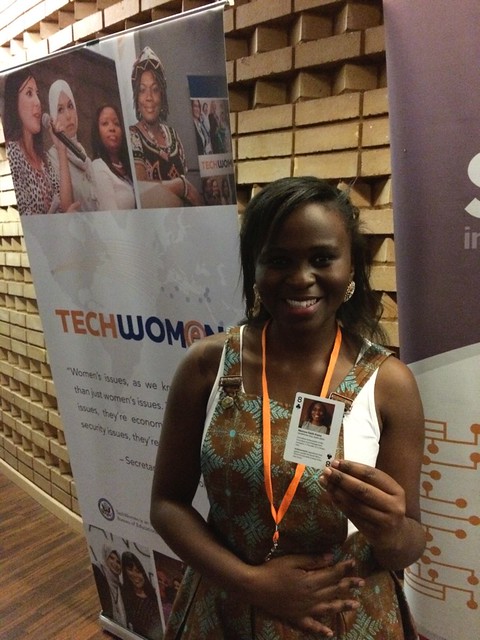 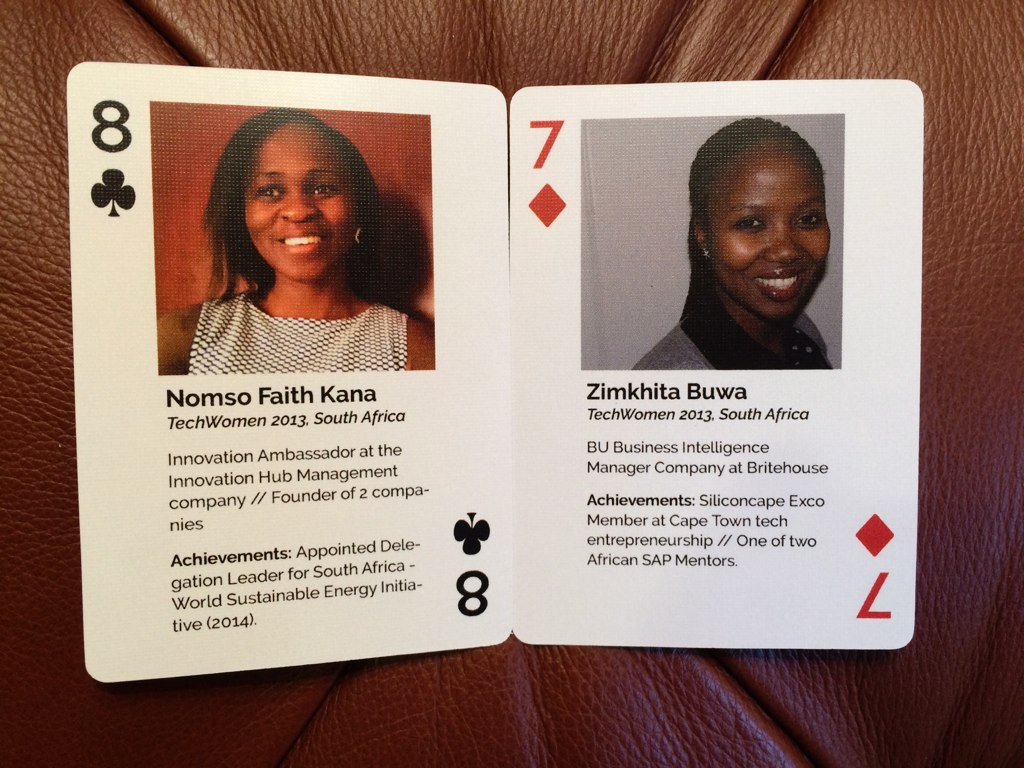 The idea for a TechWomen Emerging Leaders in the Middle East and Africa card deck sprang from a project I was working on with Katy Dickinson (the process architect for the program and a mentor within it, also, my Mom) and a friend who is a professor at Duke University (Dr Susan H. Rodger). That deck of cards showcased notable women in computing from Rear Admiral Grace Hopper to Qatar’s ICT Minister, Hessa Sultan Al Jabber. It raised over $15,000 on Kickstarter and has won significant media attention, all while honoring the contributions of women in computing. Playing cards are simple, accessible, and fun, and the design lets us mix eduction in with a game of Hearts.

Because of the generosity of our Backers on Kickstarter for that first project, we’ve been able to send over 500 copies of the Notable Women in Computing deck to educators around the US and around the world, and they’ve used it for everything from teaching stack sorting to pre-bell history lessons. Those same educators asked for copies of the TechWomenEmerging Leaders in the Middle East and Africa decks. Some are teaching Title I schools and want to share with their African American students the faces and achievements of African women; some just want another 54 inspiring women to share with their students. Here is how those educators are using the Notable Women in Computing Decks they already have: 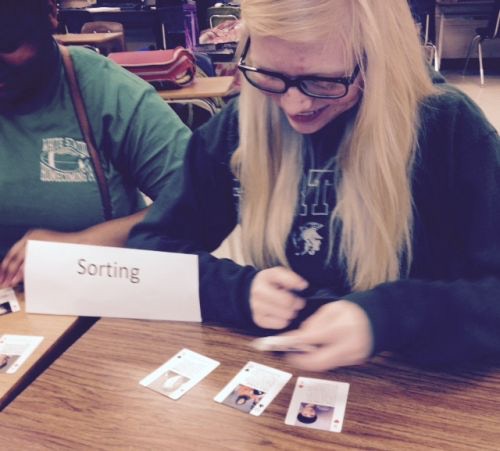 “I am using them to teach sorting algorithms. There is also a deck on my white board for students to read. The bell work each day is to identify one of the women in the deck when giving her achievement.” 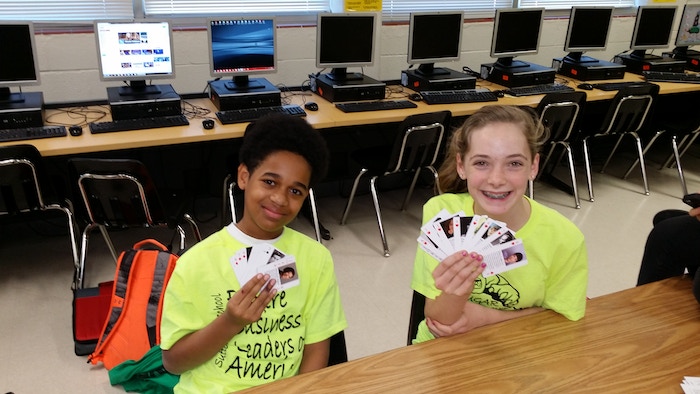 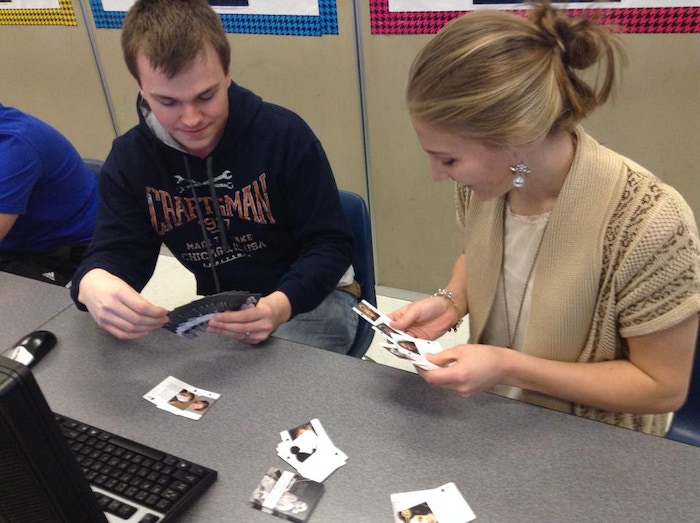 “One of the girls in my class was really excited about the cards and she is shown playing a Go Fish with another student in class…she wanted to use them today!”

Katy was also able to hand out posters and decks during the two most recent delegation trips to some of the invaluable supporters of women in computing the Fellows and mentors met in Tunisia and South Africa. 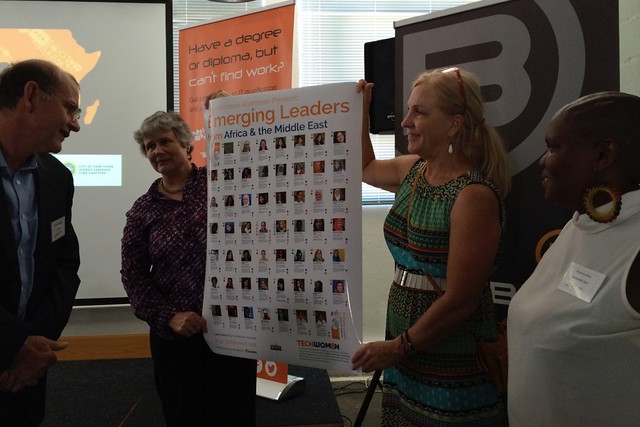 I have had the privilege of getting to know some of the women involved in the TechWomen program and who we are featuring in the deck: 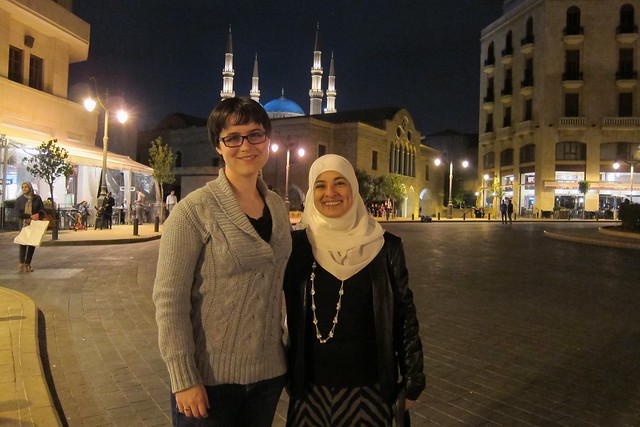 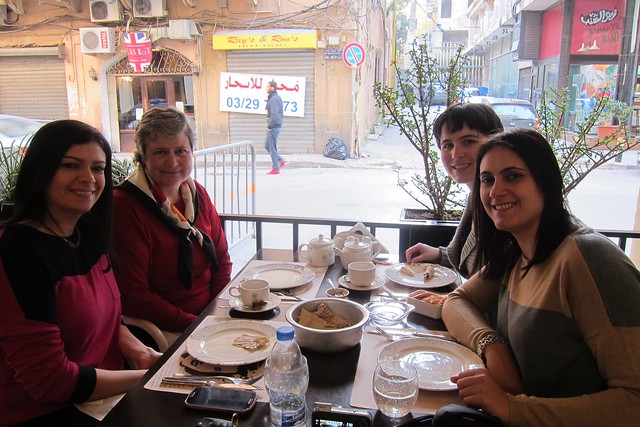 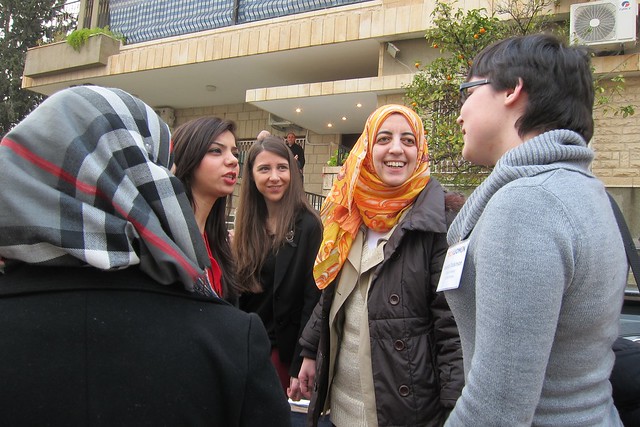 From touring a mosque with Maha, eating out with Reham during a trip to Cairo, exploring Lebanon with Adla and Sukaina and Maysoun, and being wowed at Petra with too many friends to name, I have gained so much from being around the TechWomen program.

That is why, when the chance came a few months ago to give back to TechWomen, I was thrilled. Katy Dickinson worked with a team of mentors to build a list, track down articulations of their many achievements, and follow-up to assure permissions. I handled the design, procurement, logistics, and online sales. Our team included Arezoo Miot (TechWomen), Eileen Brewer (Symantec), Jill Finlayson (Jill Finlayson Consulting), and Julia Lovin (TechSoup). Special thanks go to Eileen and Symantec for printing the very first 50 TechWomen posters to distribute on the South Africa and Tunisia delegations. This project was a team effort, and their help was invaluable. 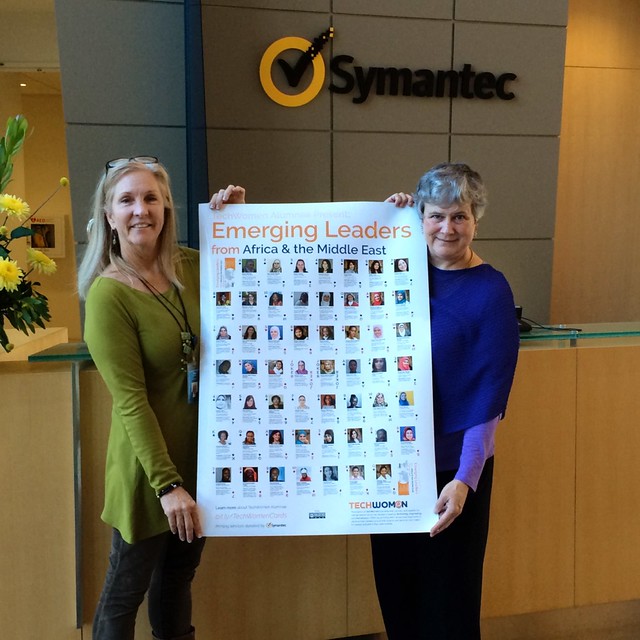 If you are interested in this deck, you can free for download it for free here, or you can buy one at cost here for $10. We’ve had so many requests we are in our second printing, so it may take a few weeks to get your deck to you. Everything in the project is Creative Commons licensed, meaning we can give away all of the files involved. This was vital, because the point of the project is to inspire women to consider or continue careers in computing, not make a profit.

Earlier this year, a contingent of TechWomen Emerging Leaders from Lebanon met up at a birthday party and took this photo. You may recognize them from their incredible work, or the photo at the top of this post. 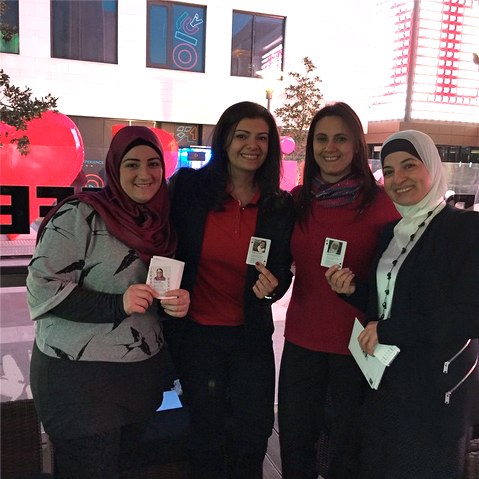 Looking through the deck, it is hard to avoid being overwhelmed by the amazing women in it. Card after card showcasing women whose faces show determination, bravery, smarts, compassion, ambition, and a commitment to improving her home. I am glad to have helped make it a reality. If you have any questions about the project, please comment.